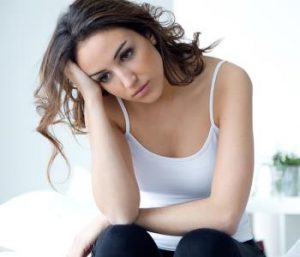 An estimated 22 million Americans suffer from sleep apnea, which is a disorder that is characterized by momentary pauses in breathing during sleep. If left untreated, people with sleep apnea stop breathing multiple times during their sleep, sometimes up to hundreds of times in a single night. Sleep apnea is a serious condition that deprives the brain and body of the necessary oxygen. It is associated with an increased risk in high blood pressure, stroke, chronic heart failure, diabetes, and depression.

Although people of all ages, even children, can have sleep apnea, there are risk factors for the disease, which include being male, being overweight, and being over the age of 40. People who have a family history of sleep apnea, GERD, allergies, or sinus problems are also at an increased risk for sleep apnea.

Cause of sleep apnea

Sleep apnea is caused when the airway is blocked. During an apnea event, the brain wakes the person enough to have breathing resume. This usually occurs most during the REM cycle of sleep. Sleep apnea episodes cause disjointed sleep patterns and stress on the body due to lack of oxygen in the blood.

There are several main symptoms of sleep apnea. Often, the individual themselves is unaware of the symptoms because they occur during sleep. Many patients report only knowing about their symptoms because of a partner or family member’s account of them.

For some, treatment of sleep apnea can just involve changes in lifestyle such as losing weight or quitting smoking. Others require extensive treatment. CPAP therapy (continuous positive airway pressure) remains one of the most common and effective treatments for sleep apnea. However, CPAP compliance tends to be a problem due to the adjustment of the sounds of the machine and wearing a mask to sleep.

At Alex Bell Dental, we offer an alternative to CPAP therapy for treatment of sleep apnea. If you are in the Centerville area, call our office today to schedule a consultation.

Back to Dental Care Page

Back to main blog page

Appointment requests are ONLY to book appointments and for everything else please call the office. 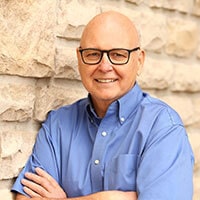 Whilst being a skilled and talented professional, Dr. Cobb firmly believes in providing the very best care to his clients so that they are at ease. He values dedication and strives to provide a genuine service to his community.

As a driven and focused expert, Dr. Cobb is certified in restorative and cosmetic dentistry and continues to educate himself on the positive impact of improving dental health.

~ Tanja L.
I am so glad that Dr. Cobb introduced me to his teeth whitening treatment, Kor teeth whitening.
He was so great in taking the impression of my teeth first and making sure the tray fits me well and then explaining in how to use it properly.
Now everyone is complimenting me on how perfect and terrific my smile is and to which dentist I go to- of course I tell them about Dr. Cobb!!!!